HomeAktuelltHi On Life rescue /relief mission – Dispatch 2
Posted on: 05 May 2015

Today’s report- We started from Kathmandu at 6AM. One of the worst affected area is Sindupal, so we headed towards there. As we approached this area after midday, we could see the destruction and I cannot describe how bad it was- I don’t think this kind of destruction has been shown even in the movies. I started to cry as we started down from the District head quarter at Chautara, but I said to myself – now is not the time, got to pull myself together. So I tried to be strong- wore my sunglasses to hide my tears.

Then we met a couple of girls, one with a baby, stranded in middle of nowhere- no food no water. Upon asking them, we came to know that they were on the way to their village, about 30 kms from that point to make sure their parents are alive. So gave them a lift on our truck. We soon came to know that beyond the district head quarter, villages had not received any relief supplies due to its remoteness and extremely dangerous road condition. We heard the drive was difficult to this area, but gave it a shot.
We were the first relief supply team reaching there!!!

Co incidentally the girls whom we had given lift were also from this area. People told us that it was not possible to pull out dead bodies from their villages, so they left the bodies inside the rubble and collected woods and put the wood above the rubble, burnt it and performed their religious cremation.

When we arrived at our target destination of Khutume Danda, the situation got tensed. Some local boys hopped into our truck and stole a few boxes of noodles. We arrived at the village and instantly got swarmed by the locals. The sight was so depressing. Just a couple of weeks ago, these people had a happy family, enough to eat and had a basic but satisfying and happy life – today the look in their eyes when they saw the food truck was a bit disturbing – how can things change so much within couple of weeks? The situation was a bit tense.

Later we distributed mineral water and fruit juice to children, they were very happy along with their parent. The smiles on the faces of the people were priceless.
Also the girls came and told us that they met their parents and were alive- the smile with which they told the news was worth a few tears!! 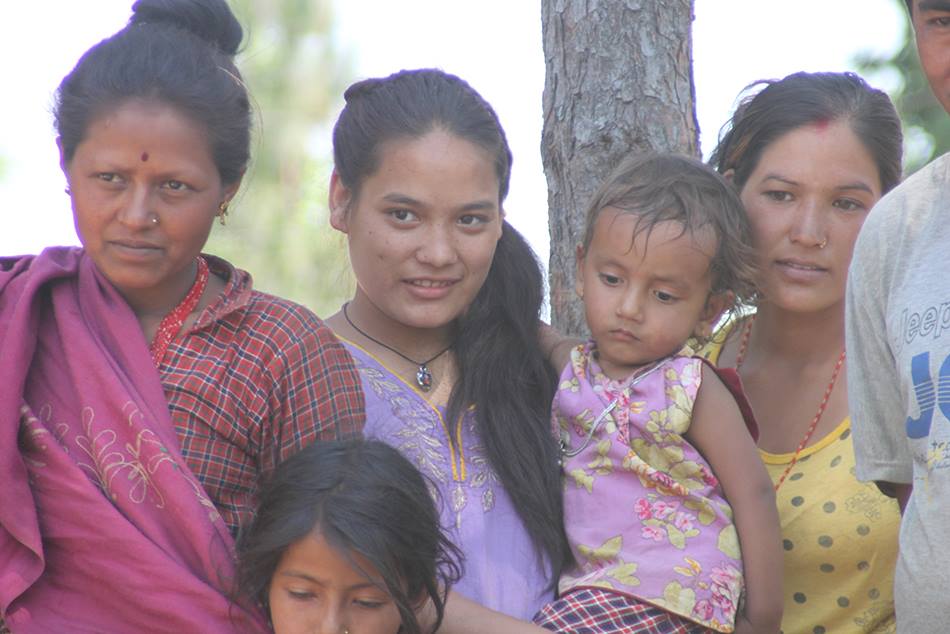 It was depressing to see the destruction, but also rewarding to see the smiles on their faces after getting supplies, and happy children getting fruit juices and biscuits.